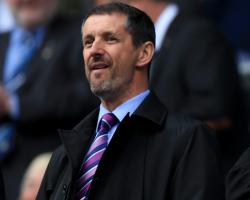 The Potters' ÃÂ£12million signing of Xherdan Shaqiri from Inter Milan in August was superseded by Porto midfielder Gianelli Imbula's ÃÂ£18.3m arrival in January

With transfer costs rising and more money than ever available to Premier League clubs via the new television deal, Scholes accepts there is every chance Stoke could smash their record again.

"If the right player becomes available, it's not beyond the realms of possibility that we would do it again in the summer," he told The Sentinel.

"It's a little bit early to be saying are there any developments on things but it's fair to say we are fine-tuning what our targets will be.

"There won't be any developments on that side, I don't think, for a little bit of time but it doesn't mean the work isn't being done."