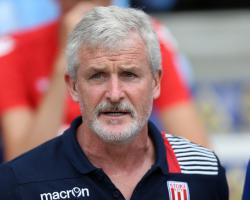 The Potters have agreed a fee which could rise to six million euros (ÃÂ£5million) for the 19-year-old, who has been capped six times by his country.

Stoke chief executive Tony Scholes told the club's official site: "We are absolutely delighted to have signed a player of Ramadan's undoubted quality and potential.

"He's a special young talent who is excited about the prospect of making an impact in the Premier League and we're looking forward to giving him that platform."

He should then join his new team-mates in Orlando later this week where they are in pre-season training.

He is a graduate of the Al Ahly youth system and made his professional debut as a 16-year-old, earning his first international cap a year later.