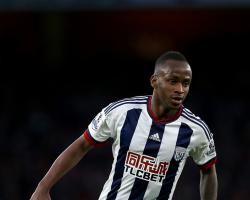 Berahino, who received an England squad call-up in November 2014, has only one year left on his deal with the Baggies and last summer he expressed frustration that a move to Tottenham was blocked by his club's hierarchy.

However, the 22-year-old may yet be offered a way out of The Hawthorns by Stoke as Hughes has stated his club have made enquiries to West Brom about landing Berahino amid reports of a ÃÂ£20million bid.

"He's a player at another club so I don't really want to comment too much but it's fair to say we've put bids in that, as we stand, haven't been accepted yet but we're still hopeful on that one," the Welshman said on Sky Sports News HQ