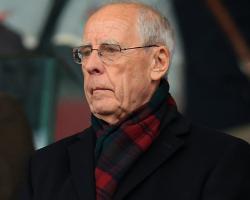 Recent figures showed clubs paid a total of ÃÂ£46.5million to agents between last October and February.

"I wish we did it better but it doesn't look as though there's anything in sight," Coates told The Sentinel.

"I'd like to have an agreement among all clubs about how much agents got paid, so a percentage or whatever, but we can't reach an agreement.

"It's a big chunk of money they get and that's going out of the game, but there's no change in sight.

"You'd have to get the clubs to agree and that can be difficult because they want to be flexible to do their own thing and believe the less interference the better.

"Partly because it's so competitive and we are all trying to get an edge on our competitors."