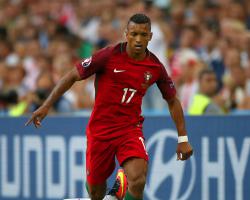 The former Manchester United winger, currently preparing for a Euro 2016 semi-final against Wales, left Old Trafford for Fenerbahce last summer after a season on loan at Sporting Lisbon.

However, Potters boss Mark Hughes is keen to bring the 29-year-old back to England, although he faces competition from Valencia.

"I know there is an interest there

Valencia are a big club but it is the draw of the Premier League," Bowen told talkSPORT.

Without giving too much away, there is an interest there and let's see what happens.

"In my opinion, he left the Premier League far too early

He had his time at Manchester United and had been a big player for them and he seemed to drift away rather than step into another club in the Premier League.

"If he is ready to come back, then I'm sure there will be a lot of clubs interested in him."