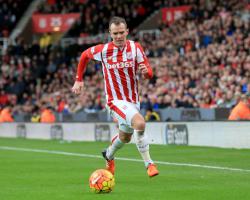 The 32-year-old Republic of Ireland international, whose new deal runs until the summer of 2018, has made over 300 appearances for the Potters since moving from Sheffield Wednesday for ÃÂ£500,000 in 2008.

"Glenn has been one of the mainstays of our side since his arrival and few players can have provided such value for money in the history of the Premier League," chief executive Tony Scholes told the club's official website.