Stoke could make a move for Norwich winger Nathan Redmond 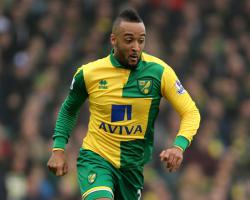 The winger is expected to leave Carrow Road this summer, with his contract due to expire next year, after the Canaries dropped out of the Barclays Premier League on Wednesday night

Stoke boss Mark Hughes failed in a move for the England Under-21 international after the Canaries were relegated from the top flight in 2014.

But a second spell in the Championship does not appeal to the 22-year-old and Alex Neil will need funds to help finance a rebuilding job in Norfolk.

Crystal Palace and West Ham are also reportedly interested but Hughes holds a long-term interest in Redmond, who is expected to cost around ÃÂ£9million, and a move would allow him to return to the Midlands.

Redmond, a ÃÂ£3.2m signing from Birmingham in 2013, has scored six goals for Norwich this season but could not stop them dropping out of the top flight